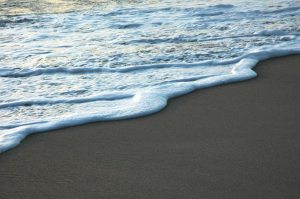 The idea probably comes from when I lived right by the sea, in Fife, and was often hypnotised by the long, slow, incremental creep of the tide, pulling back under even as it rolls forwards.  The two pianos have a push-me pull me relationship which makes the same kind of progress – slow to the point of motionless, but inexorable.  And behind them the two percussionists are caught up in slowly evolving tide-tables of their own.  I’m really looking forward to the first performance, by pianists David Christophersen and Vivien Choi, and percussionists Peter Britton and Derek Scurll, in West Road Concert Hall.

Jeremy Thurlow is a composer, writer and pianist. His music has been performed by the BBC Philharmonic, Sequitur, the Fitzwilliam String Quartet, Endymion, the Kreutzer Quartet, the Schubert Ensemble, the BBC Singers, Matthew Schellhorn, Rolf Hind, among many others. His book on Dutilleux is published in French by Millénaire III, and he has also written and broadcast on Messiaen and numerous other twentieth-century composers. View all posts by Jeremy Thurlow